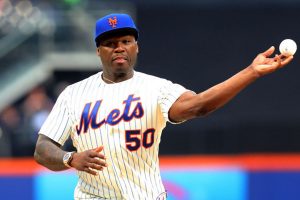 The famous rapper 50 Cent is a name who like to share his funny posts almost on every subject and makes his followers smile, has been criticized from time to time. In his last post on Instagram, he threw a stone to the rap world and made fun of them about sportingly lacking in diving and swimming.

Famous rappers Jay-Z and Diddy were the targets of 50 Cent’s post on Friday. He made fun of the famous rappers by sharing their unsuccessful swimming and diving trials and bragged that he was never caught swimming, leaving all rappers under the joke that they did not know how to swim.

After the famous rapper’s ambitious statement, the response from his followers was quick and they immediately reminded him of how 50 Cent’s first-pitch was chosen the worst ever during the New York Mets baseball game in 2014.

Even though 50 Cent ignored these comments, maybe he got a response from Jay-Z or Diddy.

“Rappers can’t dive or swim. I just haven’t been caught yet. LOL 🏊”

How does a healthy vagina smell?