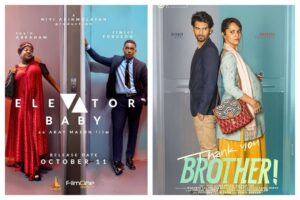 “Elevator Baby“, 2019 produced by Niyi Akinmolayan and directed by Akay Mason has gotten a Bollywood remake titled “Thank You Brother!”

Niyi Akinmolayan confirmed this in an Instagram post on Tuesday, May 11, 2021. “Last year we released Elevator Baby on Netflix Naija”, said Niyi. “A few weeks after, I got a call from a film producer in India, Ramesh Parthyr. He had fallen in love with story and wanted to buy the rights for a remake”, the filmmaker added.

I thought it was a joke o…until dollars entered my akant!!! They have made a really beautiful Indian version and I can’t wait to watch it myself.

Elevator Baby was a labour of love and was so much hard work. I am glad Anthill Studios has opened a new opportunity for nollywood revenue via remake rights!! Thank you very much Ramesh for doing this the right way. I can’t wait for us to have more collaborations in future. Maybe a Nollywood remake of a Bollywood hit 😁😁😁And congrats to the cast and crew of #elevatorbaby!!! You guys made history.

Many thanks to @mosesbabatope for convincing me over and over to make this film and the @filmoneng team for helping us succeed. Let’s do more cc @spindocto 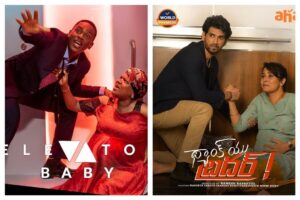 The story revolves around a spoiled brat who gets stuck in an elevator with a heavily pregnant woman. It was widely lauded when it debuted in cinemas in 2019 and on Netflix in 2020.

See the trailer below:

increaze - November 30, 2021 0
Praiz – Woza For over a year without putting out new music, Veteran Nigerian singer, Praiz decides to return today with a refreshing new single. The song is titled “Woza”.Download and Listen...

increaze - November 30, 2021 0
50 Cent does not seem to be interested in releasing a new album but he is making sure that he he remains connected with...

increaze - November 30, 2021 0
Nardo Wick is set to release his debut album, Who Is Nardo Wick? on Friday (Dec. 3) and drops his collaboration with Future and...

increaze - November 30, 2021 0
Fetty Wap was recently caught up in federal charges, which saw him arrested at Rolling Loud in New York back in October. Six members...