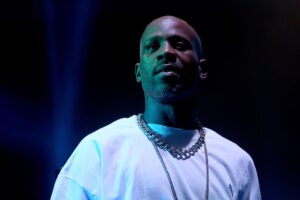 Swizz Beatz previews a bit of JAY-Z’s verse on DMX’s “Bath Salts,” setting the tone for “Exodus” to drop at midnight.

When Swizz Beatz unveiled the tracklist to DMX’s upcoming album Exodus, which drops tonight at midnight, many were thrilled to see the project’s second track. “Bath Salts” features both JAY-Z and Nas, and astute fans noted that it was likely the same track once previewed during Swizzy’s epic beat battle with Just Blaze all those years ago.

Though that track — which sparked stunned reactions upon its premiere — originally featured Jadakiss, it would appear that the Ruff Ryder lyricist did not make the final cut. Either way, it remains among the most anticipated Exodus cuts given its deep history, not to mention the pedigree of legendary emcees on board. Swizz Beatz took a moment to preview the upcoming banger, providing a closer look at some of the Jigga Man’s opening bars.

“Hov is still livin’, Coca Cola’s the sponsor,” raps JAY, over urgent alarm bells and militant drums. “I run up with your boo, uh, Hov is a monster / Yeah, they like me like that / Every girl I see wanna be wifey like that.” From the sound of it, Hov is back on his b.s for this one, giving “Bath Salts” a nostalgic feeling evocative of the golden era. Though die-hard fans have likely memorized Hov’s verse from the version released from beat battle, receiving an official version has been requested for years.

Check back at midnight tonight, when “Bath Salts” and the entirety of Exodus will be out to experience in full. Psyche yourself up with Swizzy’s snippet below, and long live DMX.