A court in France has sentenced some fans of Marseille to prison, following the crowd trouble that occurred during and after the game against Paris Saint-Germain ( PSG ) in the Ligue 1 on Sunday, October 24th, 2021 at the Velodrome. 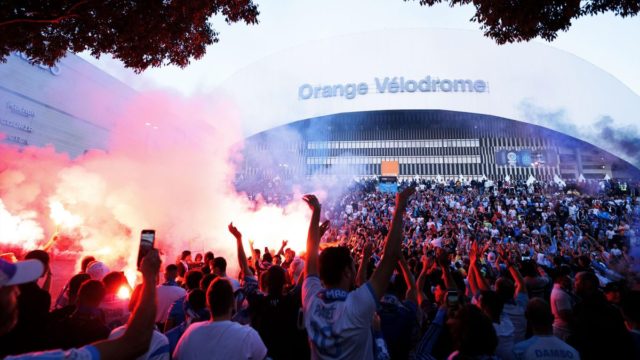 According to reports from France 24, hundreds of people tried to enter the stadium even after the gates were closed, the ugly incident left a police officer injured in the face.

A fan also ran into the pitch to stop Lionel Messi as the Argentine was heading towards Marseille’s goal post but was arrested by the stadium stewards.

During the case hearing on Monday, October 25th, 2021, five defendants admitted to having taken part in the incidents. Their punishments included a four-month suspended sentence, fines and two years jail terms.

Meanwhile, 21 people were arrested and 17 others taken into custody, charged with damage and possession of rockets and also for resisting arrests. Six of the offenders were also issued a one-year stadium ban.

The French football authorities had earlier in the season punished Marseille twice for crowd violence in games against Nice and Angers, they have also been threatened with a point deduction.