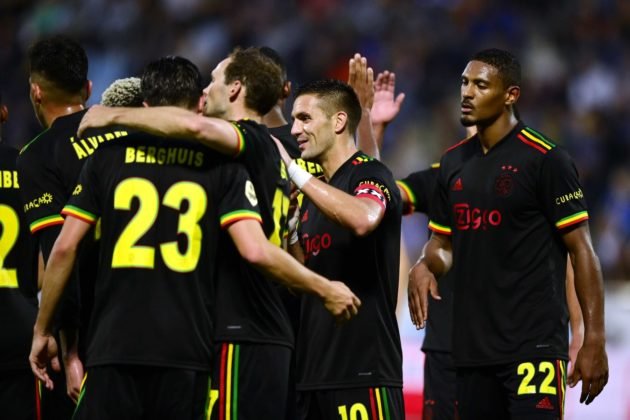 UEFA has banned Ajax from wearing their third kit, which was inspired by Bob Marley in every of their Champions League game. This Jersey has been the most popular jersey by the fans of the Dutch side.

This Jersey has been the favourite of the club’s supporters since they released it in August 2021. According to the statement released on the website of Ajax on Monday, September 13th, 2021, it said the jersey is against the rules of the European football governing body.

It had Marley’s Three Little Birds, which were adopted by supporters of the club.

The European Football Association (UEFA) sees it as a different expression than the club logo, logo clothing sponsor, or sleeve sponsor. Other expressions are not allowed.

Ajax wore the jersey for the first time in their game against PEC Zwolle on Saturday, September 11th, 2021. The banned jersey has three birds (one red, one yellow, and one green) stitched on its back below the collar.