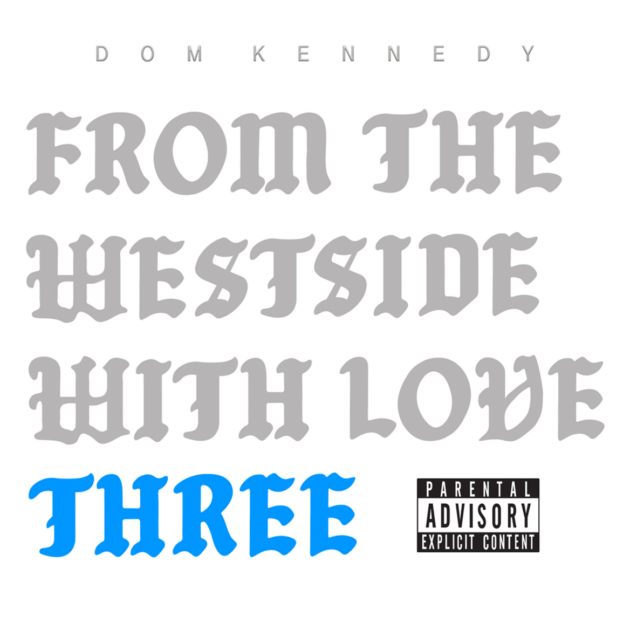 Leimert Park’s Dom Kennedy spreads love from the Westside on the third installment of his project series, From The Westside With Love.

On this time around, the Los Angeles rapper levels up for the album’s first single, “Rolling Papers“. Among the 15 tracks, other standouts include “Still Grind’n”, “On The Run”, “Good Lookin”, and more. Guests include Quentin Miller, Teefli, Bryan Roberts, Frank, Kay Franklin, My Guy Mars, and True.