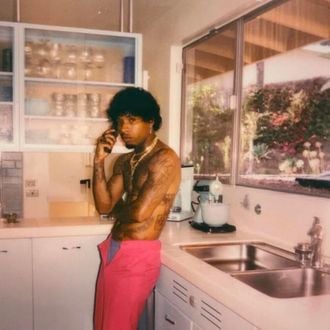 Alone at Prom is Tory Lanez’s upcoming 80’s capsule project, expected to be released on December 1, 2021. It marks Tory’s third release of the year, following up his NFT exclusive album, When It’s Dark, his July 2021 EP, We Outside, and his R&B capsule mixtape, Playboy.

Tory hinted at releasing a short project themed around the 1980s multiple times on Instagram, as well as announcing a wide variety of capsule mixtapes, during the production to his Hip-Hop capsule mixtape, Loner, back in 2020. The project’s production was finally confirmed when he partnered with blockchain company Bondly.

Tory Lanez – We Outside (EP)