Pierre Emerick-Aubameyang has tested negative for COVID-19 ahead of Gabon’s next group game against the Black Stars of Ghana. 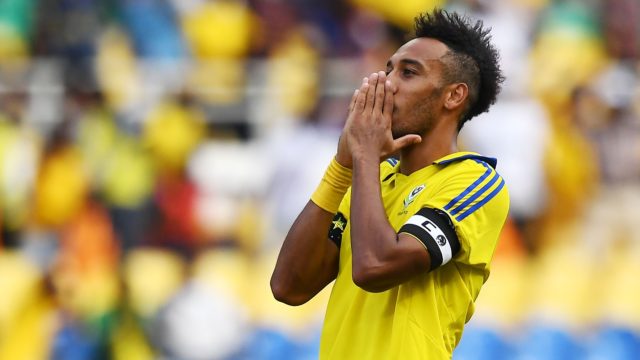 The news by Goal News on Thursday, January 13th, 2022. According to the report, assistant manager of the Gabonese national team, Anicet Lala who was speaking in a press conference ahead of the game against Ghana. He also said two defenders returned a positive test so they won’t be available for selection.

We have registered the return of Mario and Aubameyang, but unfortunately, some players returned into the red zone ( right back) Lloyd Palun and ( central defender) Sidney Obissa. Coach Patricr is also not here because he tested positive, and as per Caf recommendations, he is in isolation.

He also confirmed that Aubameyang will play the game against Ghana. According to him the staff are willing to change a winning team ahead of the game

Naturally, when you have a player of the value of Aubameyang who returns, things have to change around up front. Mario, who was not there against Comoros, and Aubameyang are two important players, they have played many games for the national side, and we will make sure everyone is in the right place to maximise Gabon’s chances of defeating Ghana.

Gabon were victorious against Comoros and will hope they can repeat the same feat against the Ghanaians.

Album: iLoveMakonnen & Yellow Trash Can – Everything Is Trash (Zip File)

Partner – Time is a Car

The Curls – No Money No Fun